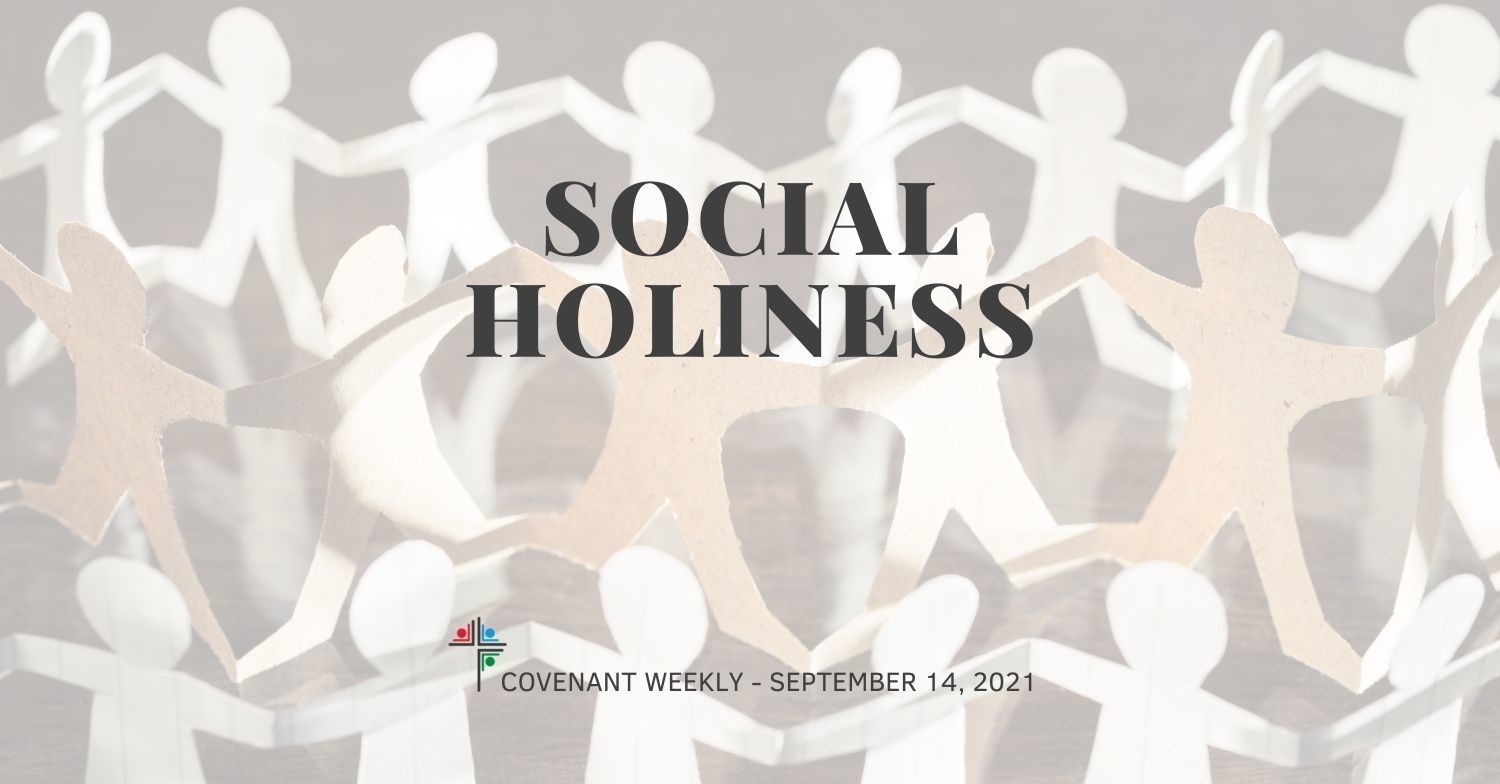 The gospel of Christ knows of no religion but social; no holiness but social holiness. “Faith working by love” is the length and breadth and depth and height of Christian perfection.
-John Wesley (Hymns and Sacred Poems - Preface viii)

John Wesley was one of the leaders of Methodism, a revival movement that began in England in the 18th century. At the time England was dominated by the church and yet Welsey (and others) could see that individuals, institutions, and systems didn’t live in a way that looked like Jesus.

Revival in that era emphasized awareness of personal sin, a call to personal salvation, and personal repentance (turning away from) from sinful activity. Wesley affirmed the personal nature of faith. But he knew that personal change was deeply connected to social change. One could not come without the other. He worked to gather people into communities where both personal and social spiritual growth could happen.

I’ve been thinking about this connection between personal and social growth as Christians – especially over the past eighteen months. North American churches, well before COVID-19, strongly emphasized personal spirituality. The social element was still present, but almost by accident. Even as they emphasized the personal aspect, churches still served as a gathering place. The social piece was there even when it wasn’t thought of as a “social holiness.”

When churches moved online this social element wasn’t automatically lost. For the first time in a long time, though, it would happen by accident. And with things online it became very easy to either not participate in the gatherings or to participate as passive observers without engaging in the community. At the same time, many of us increased our “social” engagement in other spaces - Facebook, Instagram, blogs, news boards. We were being formed both personally and socially, but it was a) not primarily centred on Jesus, and b) within echo chambers that built up our own tendencies rather than in a diverse community.

On Sunday morning we mentioned the fruit test as something for each of us to consider. Think about the fruit of the spirit listed in Galatians 5. Ask yourself, “Are these things growing in me? Do I see them in the forums and groups that are forming me these days?” Think about them in contrast to some of the “acts of the flesh” also mentioned in Galatians 5. Which of these is being formed? Which of these do I see in the voices I’m listening to?

If you aren’t sure which is being formed in you, there is another test we all should consider perhaps. It comes through a story (likely apocryphal) told about an Amish man who was being interviewed one day. The interviewer asked him, “Are you a Christian?” He looked up and thoughtfully pointed down the road to the next farm. “My neighbour lives just over there. You’d have to ask him.”

That is someone aware of the social reality of following Jesus that Wesley, the writers of the Bible, and Jesus himself emphasized. It is an awareness and emphasis we need to be reminded of today. If others aren’t seeing Jesus in us (personally and socially), it is reasonable to ask if he’s there.

As an important note, Paul includes both a strong warning and some beautiful encouragement when he writes about the fruit of the spirit and the acts of the flesh.

His warning is for those who live out the acts of the flesh. He says, “Anyone living that sort of life will not inherit the Kingdom of God.”

His encouragement is to those who are growing in the fruit of the Spirit (in a world where being a Jesus follower was actually illegal). He celebrates, “There is no law against these things!”