Running the Race: Enjoy Being A Part of Something Bigger 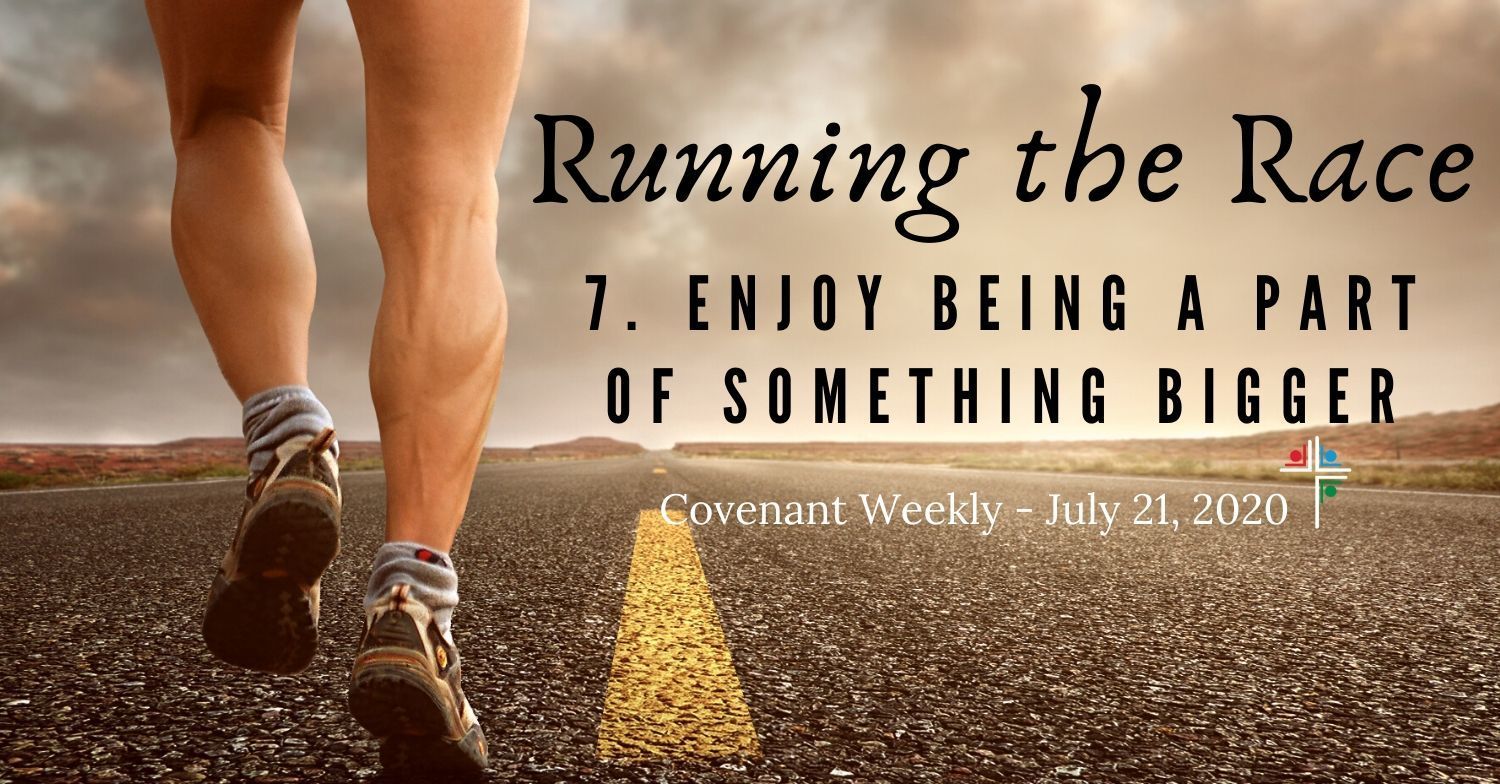 Just as our bodies have many parts and each part has a special function, so it is with Christ’s body. We are many parts of one body, and we all belong to each other.

When I lined up for my half marathon I was blown away by the number of people who thought it was a fun idea to get up at a ridiculous hour of the morning to travel into Toronto in order to run 21.1 kms. The crowd was enormous. At first it was overwhelming. Running with others ended up being one of the best parts of the day.

I met new people before the run. I had complete strangers cheering me on and calling out my bib number to encourage me. When I was struggling, I had fellow runners telling me I could do it. I could do the same for others. As I neared the finish line there were several faster runners who had come back to line the course to tell us that it wasn't far and to just keep going!

Being a part of a run is to be a part of something bigger than oneself.

The same is true of this race we run as we follow Jesus. We are not in this alone. We aren't just running alongside each other. We are in this together, a part of something much, much bigger than ourselves. I find this so encouraging because of the days when I feel I have nothing left to offer and the times when I don't know if I can take another step.

Our world sells the goal of self-sufficiency and independence. The way of Jesus is interdependence. Not where we lose our individuality, but where our individuality shines through as a key part of what makes the whole special. This is the posture we are invited to have with towards ourselves and with each other.

This is the way of Jesus: cheering each other on, celebrating our uniqueness, and enjoying being a part of something bigger than ourselves.

Sunday Service Registration - November 1, 2020 Jesus and the "Affairs of the City" Registration Link for October 25, 2020