Running the Race: Don't Compare Yourself To Others 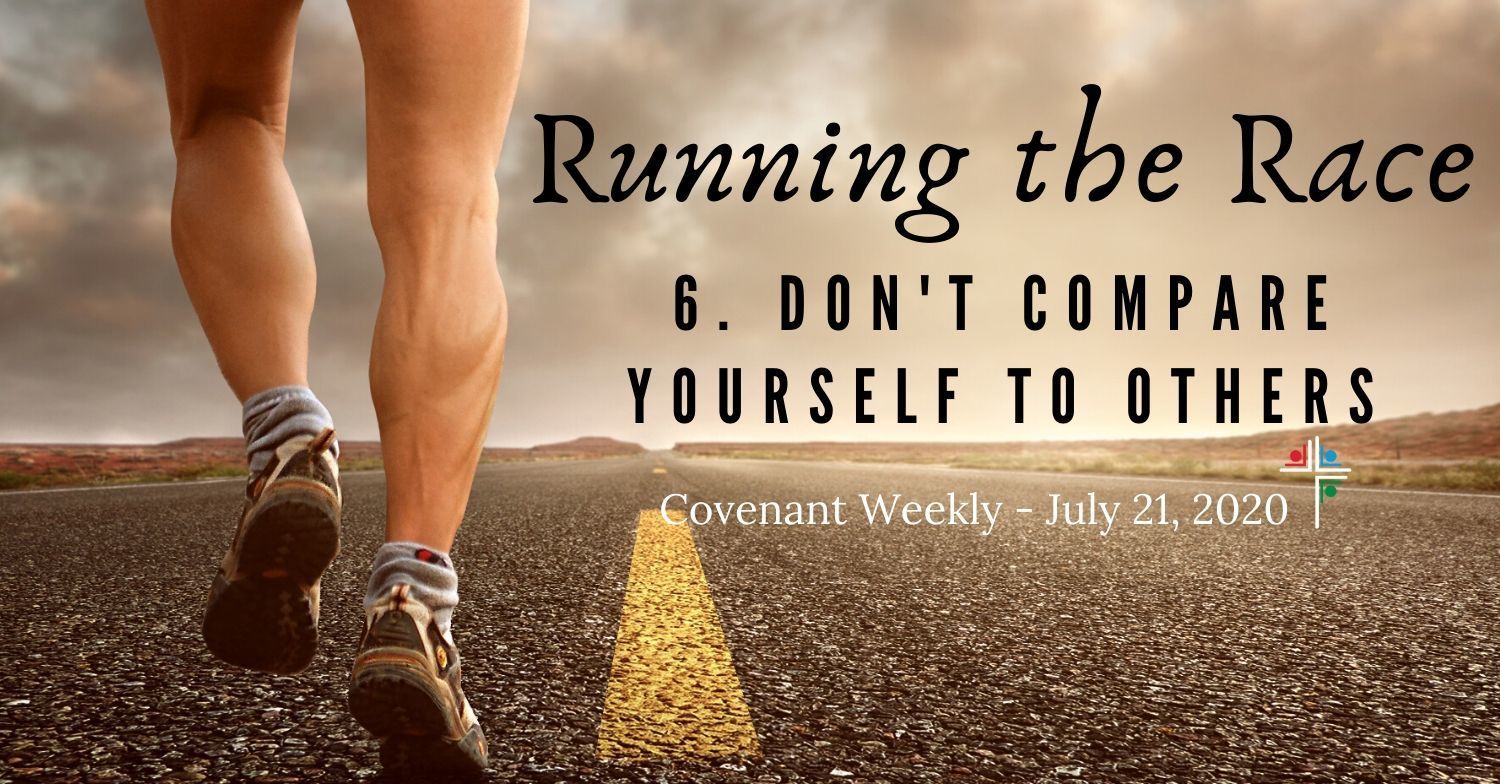 Always be humble and gentle. Be patient with each other, making allowance for each other’s faults because of your love. Make every effort to keep yourselves united in the Spirit, binding yourselves together with peace. For there is one body and one Spirit, just as you have been called to one glorious hope for the future.

There is one Lord, one faith, one baptism, one God and Father of all,
who is over all, in all, and living through all.

However, he has given each one of us a special gift through the generosity of Christ.

When I began to run my half marathon things went pretty easily, not only physically. Mentally I felt great. A huge part of that was because I was running alongside someone who hadn't had as much time to train and therefore needed to run at a pace that was slower than what I had gotten used to. I felt good about myself because I was comparing myself to someone else. Then, about 3/4 of the way through the race I found myself being passed by the lead marathoner. He passed me like I was standing still. I suddently felt awful - both physically and mentally. What had changed? Nothing other than the gauge I was using to measure how well I was doing.

The problem was that I was comparing myself with others instead of running the race I was supposed to run.

The way of Jesus, however, is not about making us clones of one another. It is about recognizing the unique gifts, talents, personalities, and wiring that each of us have and bringing these things together into a beautiful whole.

Rabbi Zusya stood before his congregation and said, “In the coming world they will not ask me: ‘Why were you not Moses?’

Instead, they will ask me: ‘Why were you not Zusya?'"

We are each called to be ourselves and invited to be the best version of ourselves we can be as we follow Jesus.

Author Anne Lamott shared this advice in a TED Talk:

Try not to compare your insides to other people's outsides.

This is great advice if you are going to be able to be all that God has created you to be and run the race he invites you to run. We have running buddies for support, not for comparison. So, run together, not measuring ourselves against each other, but, instead, enjoying the company.

More about that next week!