NEWS ALERT Help Us Know Who Is In . . . And For What. (Important SURVEY) 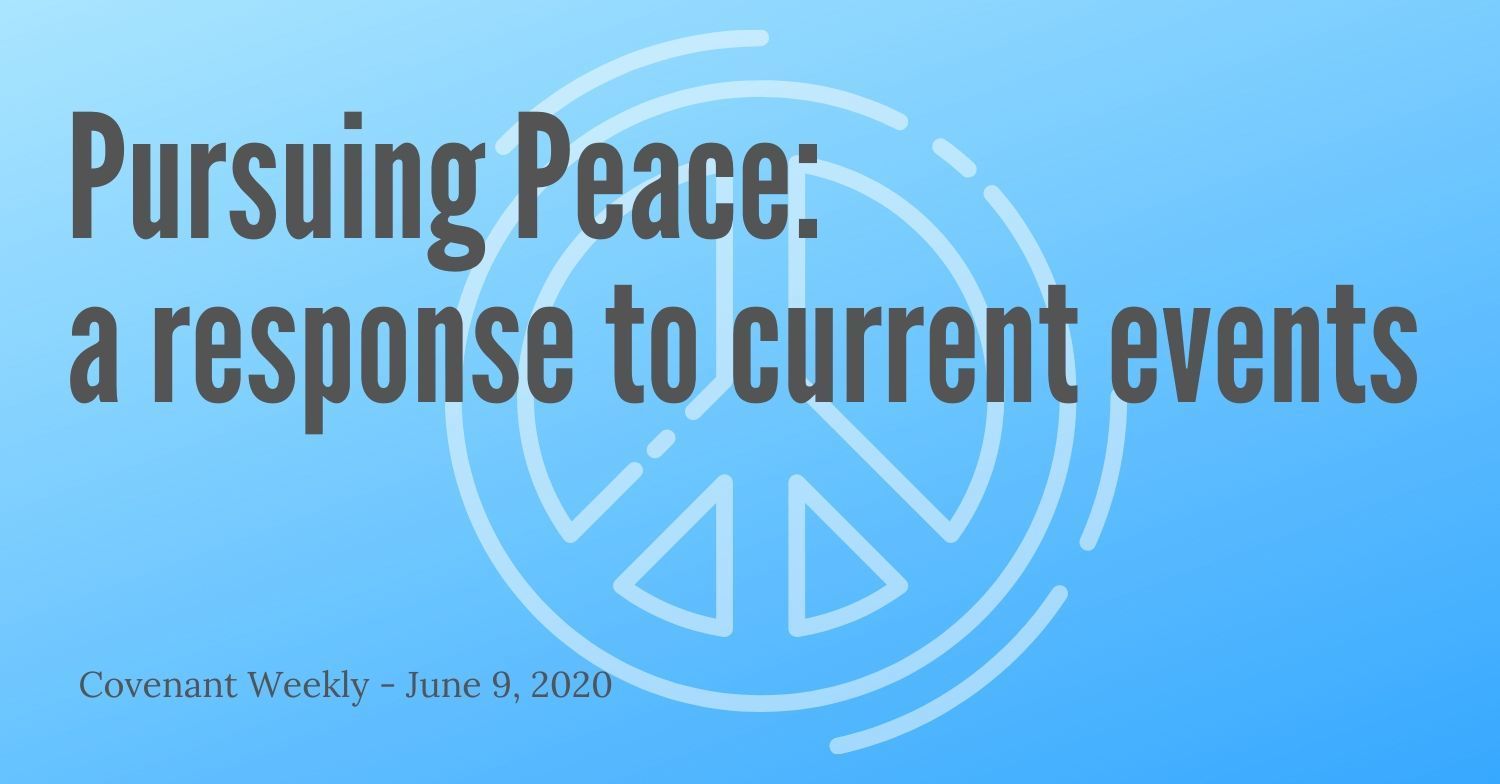 The following was used to begin our service on Sunday, June 7. Until this statement, I hadn't said much publicly regarding the racism and prejudice that has been so visibly highlighted in recent weeks. Truthfully, a statement doesn't mean a lot. It is only a beginning. A statement on behalf of an entire group of people means even less unless we truly work together to love and embrace each person and join with them in the pursuit and practice of peace - shalom - in our world, nation, towns, neighbourhoods, and homes. May God lead us and help us as we seek to do so.

This week has been another deeply challenging one in our world.

Black Lives Matter protests have been occurring in cities across our globe in the wake of George Floyd’s murder. While last Sunday I felt heavy and weary from all that I was seeing, this week, while still heavy, I feel more hope growing.

Yes, there have been horrific ongoing examples of those in power using their power to oppress those crying out for change - both among law enforcement officials and from those in highest office. But what gives me hope is the number of people - and the diversity of people - who are crying out for change. I pray desperately that this is not just a social media fad or a way to get out of isolation.

One of our core values as a church is Pursuing Peace. The value is stated this way: We value all human life and promote forgiveness, understanding, reconciliation, and non-violent resolution of conflict. We value all human life. And as such we affirm the call that all those who are and have been oppressed matter.

It is PRIDE month in Canada and we affirm that LGBTQ lives matter.

We, as a church who says we follow Jesus, follow him to the least, the lost, and the lonely. Not as people who are somehow special and have all the answers, but as those who are drinking from the well of eternal life and want to invite others - all others - to drink with us as equal image bearers of God.

Help Us Know Who Is In . . . And For What. (Important SURVEY) Building A Ministry Leadership Team Preparing for Relaunch