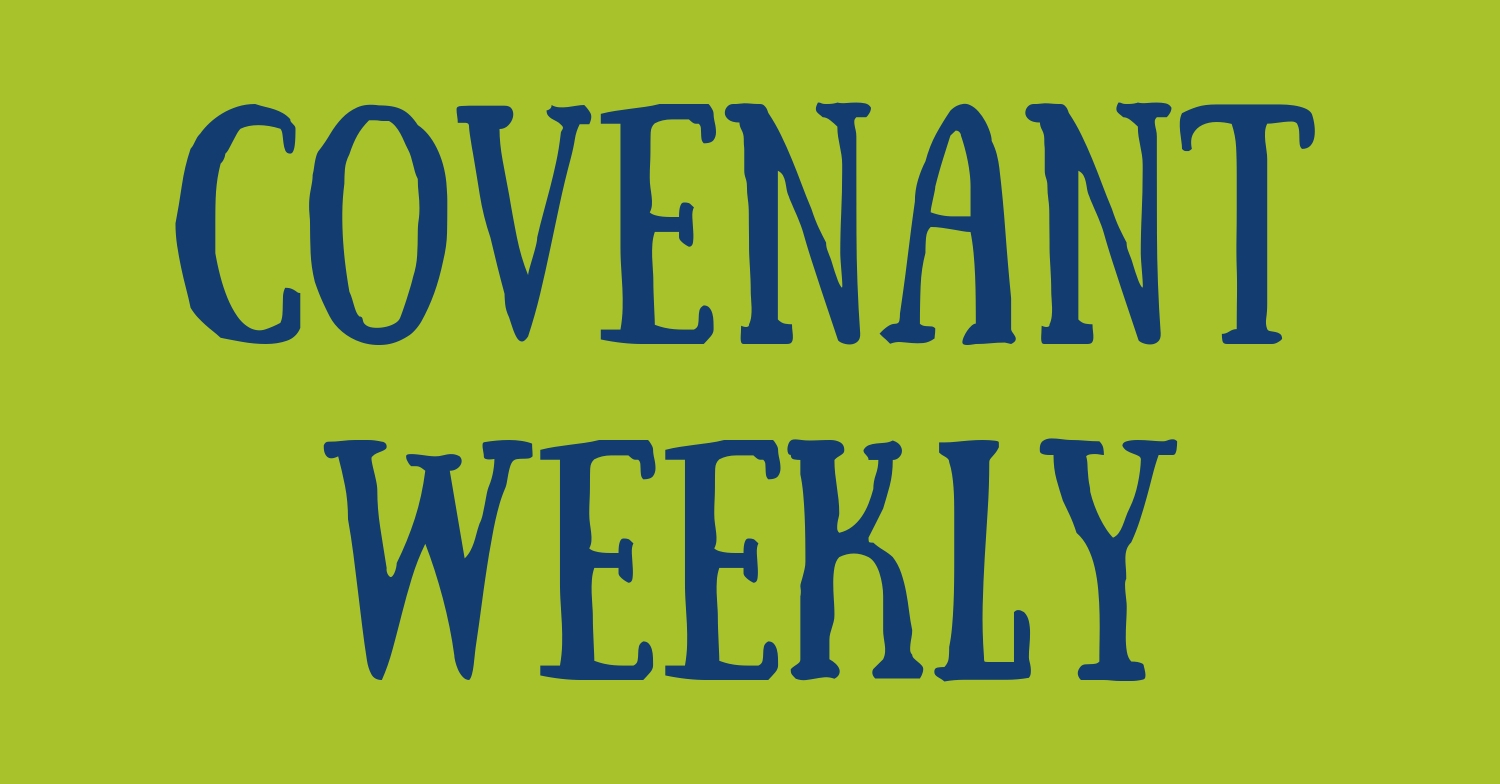 Yesterday, November 11, we had the privilege of gathering in schools and cenotaphs across our country to give thanks for and honour men and women who have been willing to risk their lives for the liberties we enjoy. For many of us at Covenant, stories of military service and sacrifice are important parts of our family stories. My grandfather and three of his brothers served during WW2. One of those brothers was killed in near Rimini, Italy.

As I have become a part of the Be In Christ Church of Canada family I have come to learn that alongside the men and women whose conviction led them to put their lives on the line on the battlefield, there have been men and women whose conviction has led them to risk everything not to join in war. Stories of Conscientious Objectors are not as well known in Canada, but are an important part of our BIC Canada family story. In telling this part of our family story, E. J. Swalm's name will inevitably come up. A man of conviction and courage, he was willing to risk everything to follow the way of peace he believed came with being a Jesus follower. Below is an excerpt of his story taken from a longer version here:  https://bic-history.org/journal-articles/a-lasting-legacy/. If you are interested in reading more, you can seek out a used copy of his biography Nonresistance Under Test.

Ernest John Swalm was born in 1897 on a farm in Duntroon, Ontario, about 60 miles north of Toronto. His father, Isaac, was a Brethren in Christ pastor and bishop. His mother, Alice Sammons, was Mennonite Brethren prior to her marriage to Isaac. Ernest grew up with the teaching of nonresistance and, as a young man, embraced it for his own. (In his adult life he was best known as “E. J.”

In 1917, during World War I, the Canadian Military Service Act was passed, creating a military draft. At that time, with advocacy from historic peace church representatives, conscientious objectors who were members of such churches were given exemptions from the draft. However, in 1918, when thousands more soldiers were needed to support the war effort, exemptions for conscientious objectors were removed, with no exceptions.

Very soon after, E. J., age 20, received his draft notification from the Canadian Army. His orders were to report to the army barracks in Hamilton, Ontario, on May 7—just one week away. He was the first Brethren in Christ man in Canada to be drafted.

E. J. and his family experienced anxiety about what lay ahead. He and his father had read a newspaper report that described conscientious objectors who were maltreated by unauthorized men in the army. Some were held under a cold-water pump in the winter which resulted in their deaths from exposure.

After a time of prayer in the granary, E. J. came to peace about his decision to stand for his beliefs. In the days before his departure, E. J. gave his possessions to various loved ones. When he left home, he did not expect to return.

In a few days, E. J. was ordered to appear at the quartermaster’s to receive his army uniform and kit, which he immediately refused to accept. The quartermaster responded with threatening and obscene language. A corporal carried E. J.’s uniform and kit and escorted him to the bunk house where he was ordered to put on the uniform. Again, E. J. refused. He was stripped of his civilian clothes after which an army fatigue suit was put on him. He was immediately arrested and taken to the guard house where, to his surprise and delight, he met eight other Christian conscientious objectors, representing various Protestant denominations.

In a few weeks, the battalion, including the conscientious objectors, was moved to Camp Niagara in the town of Niagara-on-the-Lake. There the COs experienced many threats and much taunting. At one point some soldiers said that arrangements had been made to have E. J. shot. To confirm this, the same soldiers took a paper from a file and read out loud (falsely) that ammunition had been purchased for his execution. When this came to the attention of a Sergeant Hartley, the men involved were stopped. E. J. noted that Hartley and some of the other officers “were some of the finest gentlemen” he had ever met.

The day of the court-martial came. While waiting outside of the court-martial tent, E.J. experienced a period of high anxiety. He prayed that his thoughts of despair would be taken from him. When he looked up, he saw Elder D. W. Heise from Gormley, Ontario (north of Toronto), walking toward him. Heise said that he had read about the upcoming court-martial in the Toronto Globe the previous day. Knowing that Isaac Swalm couldn’t be present, Heise left home at three o’clock in the morning, walked three miles to Toronto and took the first boat to Niagara-on-the Lake, arriving just five minutes before the court-martial. E. J. was overwhelmed by Heise’s kindness and support. Heise accompanied him into the tent, where E. J. was tried as a conscientious objector, as a defaulter, and for disobeying a lawful command given by a superior officer (refusing to put on uniform when ordered). He pled guilty. Heise was allowed to testify to E. J.’s character, but to no avail. All nine COs were charged with the same crime and all were sentenced to two years hard labor.

This is only a small excerpt of E. J.'s story. Please read the remainder of the article at https://bic-history.org/journal-articles/a-lasting-legacy/ to find out the role many within the armed forces were used to encourage the conscientious objectors and vice versa. And find out how this shaped the rest of EJ's life and his work to cooperate with the Canadian Government on behalf of historic peace churches and COs during the decades that would follow.

As I was preparing to share E. J. Swalm's story today, I had a CBC News post from November 10 appear on my feed about Gordon Toombs and his challenges as one who intended to be a Conscientious Objector during WW2. That article can be read here: https://www.cbc.ca/news/canada/saskatoon/gordon-toombs-conscientious-objector-l74298-book-1.5354967.